Episode VII: The entrance of the child star to planet Panclog.

Pretty dope title, right? Wrong.  That is a subtitle.  Learn ya facts.

Brent and I (Jared Scot-with-1-T Sova) have decided that our next way to make the world a little better is to celebrate the child actors that we grew up with.  Aren’t we all just a little bit interested in how these little people survived the world of Hollywood.  More like Hollyweird, amiright?

Let’s get to the beautiful part of this lovely editorial. The part where two dudes talk about someone we think is cool and then pair them with a beer.  Trust me.  This is the coolest article you will read this week.  If not, call 913-648-8888 and complain.

Brent – Whom I would have a beer with – Danica McKellar

What would you do if I sang out of tune,

Would you stand up and walk out on me.

Lend me your ears and I’ll sing you a song,

And I’ll try not to sing out of key.

The dulcet tones of Joe Cocker’s voice belted out of the television as his cover of “With a Little Help from My Friends” provided the title music for “The Wonder Years”. Joe Cocker’s cover of this song is arguably better than the original. I get that those might be fighting words, but I believe it is one of those rare circumstances where the cover is better than the original. I would also argue that Guns & Roses cover of “Knockin’ on Heaven’s Door” rivals Bob Dylan’s masterpiece, but I digress.

The opening lines of that song always brought enjoyment as the lead in to a television show that hit me right where I needed to be. “The Wonder Years”, debuting in 1988, was a coming of age story for the main protagonist, Kevin Arnold, and his friends, Winnie Cooper and Paul Pfeiffer. The show takes place during the years 1968 to 1973, with the main characters aging from 12 to 17.

What made the show great is how well the stories revealed what it felt like to be a teenager. The conflicts demonstrated on the show reflected reality and its difficulties, while remaining fun and entertaining. I am not sure how well the show would play now though. While the individual stories will always be relevant, we may now have too much distance from the setting those stories took place in. For instance, the overriding presence of Vietnam and the nation’s wide and varied reaction to it, or the rising “red scare” of the Soviet Union. Many other elements sit as a backdrop to the narrative but have a direct impact on the characterization of the show.

I would not mind having a beer with the portrayers of the three main protagonists of the show. However, for this article, I would specifically enjoy having a beer with Danica McKellar. Her portrayal of Winnie Cooper was at the beginning full of innocence growing into maturity throughout the show’s run. The bonds the characters developed, especially that of Winnie, clearly showed how difficult a friendship could be. More importantly, their bonds showed how friendships could survive and persevere, as long as the participants are willing to work through it.

The real reason I would like to have a beer with Danica is that she has a degree in mathematics. I would therefore assume that she enjoys talking about it. It is not often that one finds another who likes to discuss the subject, requiring you to jump at the chance when it is available. I am certain that she is far more knowledgeable in the subject than I am considering she has written at least four books on the subject. Perhaps Danica penned the best title for any math book ever written, “Kiss My Math: Showing Pre-Algebra Who’s Boss.” Although, one of her other books, “Math Doesn’t Suck” is certainly a runner up. I ask you, who wouldn’t want to sit back on a nice cool afternoon discussing the area under a curve while sipping a bottle of suds?

The beer I would share with Danica is the Higher Math brew from Dogfish Head Craft Brewery.

I cannot comment on how well it tastes as I am currently suffering from a fit of sobriety. This is all thanks to my doctor asking me to pop antibiotics as if they were Pez. The Dogfish website states that Higher Math is an American Strong Ale with an ABV of 17%. The site also sadly states that the beer is retired and no longer brewed. I suggest we all write to Dogfish and tell them to get back into math class and fix this problem.

Jared – Whom I Would Have  A Beer With – Tiffani Thiessen

Let’s go back to high school.  Bayside High to be specific.  We will find your favorite group of friends rooting for the Tigers.  Zack, Screech, Lisa, Jesse, AC, Kelly and You.

Saved By The Bell was the joy of my childhood.  I learned so much of what to expect for when I went to high school. Most of the plot lines came true in my life.  One of my best friends got hooked on caffeine pills.  I made of my best friends cross-dress to sneak into the girls locker room. My friends and I saved our local hangout from a financial collapse. Oh we also made a band, Ophelia & The Tots. I would definitely say that my life was influenced by Saved By The Bell.

Can you sit in a backwards chair and not feel super cool? AC Slater started that.  Thank him!

I could probably go on and on about my love of Saved By The Bell.  I could also chat about how much I enjoyed The College Years. I must choose someone I would like to share a cold one with.  I could almost guarantee that Dennis Haskins AKA Mr. Belding could put some back. I have chosen my very first crush, Tiffani Thiessen. 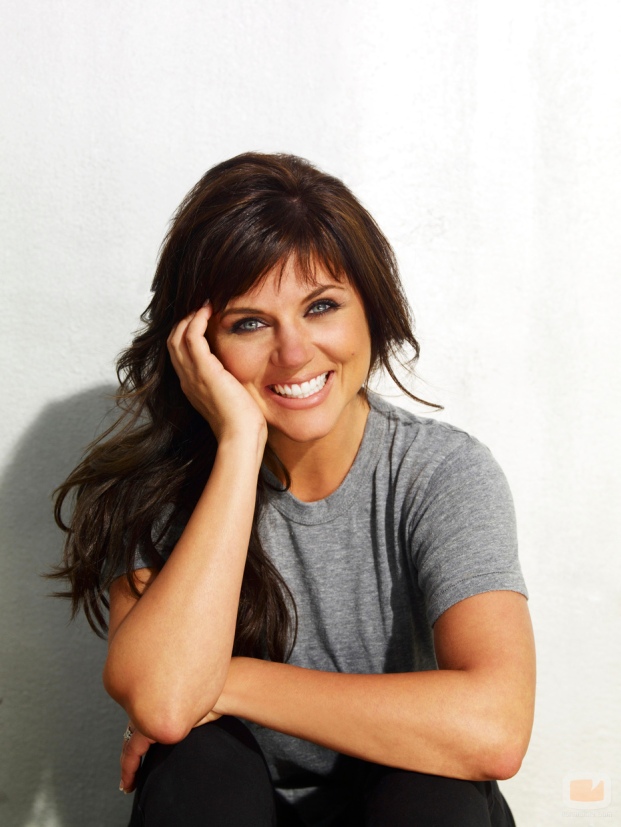 Tiffani has not only played Kelly Kapowski. She has been a recurring character in my favorite show on USA, White Collar.  I know you think I am underrating great shows like Burn Notice and Suits, but trust me I have put some serious thought into this.  Mozzie could be my spirit animal.  Matt Bomer is the dreamest of boats. Don’t believe me? Check out Magic Mike XXL. The first one was garbage, IMO.

Back on track. back to Tiffani Thiessen. Tiffani is now hosting her own cooking show on the Cooking Channel.  It is called Dinner at Tiffani’s.  If you know anything about chefs and about the character she portrayed in White Collar, you could deduce that Tiffani would be a wine drinker.  So I chose a beer that I believe would be delightful for any wine drinker.   Cider Block French Cider by Cinder Block Brewery in North Kansas City.

This French cider has some very intriguing white wine notes.  It is dryer than other ciders that I have sampled in my day.  At a 5% ABV, Tiffani and I could drink a couple and discuss cooking, growing up while on television, and about weather this is the best cider that she has ever laid lips upon.

Who would you like to have a beer with? What beer would you drink with them?

Let us know at our Twitters: Panclog, Jared, and Brent.